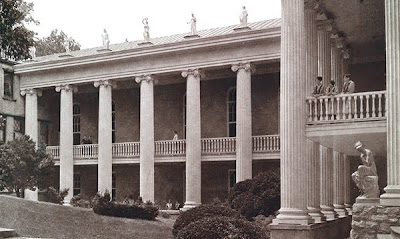 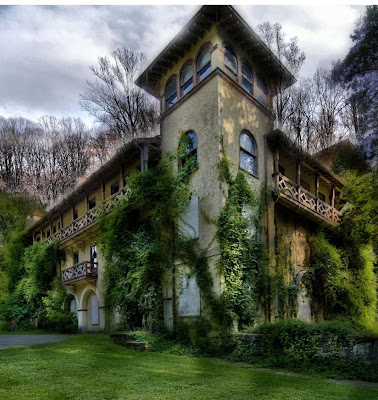 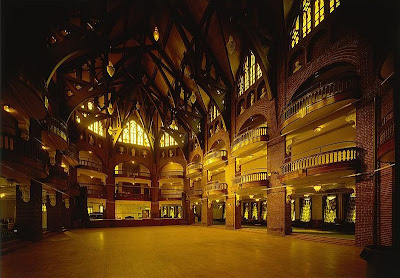 The Grand Ballroom
photo via wikipedia 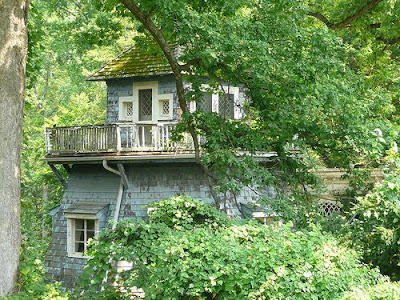 The Dutch Windmill House that served as a sorority
photo via army.arch on flickr

Since moving to DC, one of my favorite places to visit is the National Park Seminary in Forest Glen. It is near the nearly defunct Walter Reed Annex where we shop for groceries. The seminary's incarnations include a plantation, a resort for Washington residents to cool off, and finally, as a finishing school for young ladies. Presently, it is being restored and rebuilt by developers who have condos on their mind. It is a mysterious place with interesting architecture and many stories, I'm sure. My kids think it looks like Hogwarts and I think it is fascinating. We have promised ourselves to go and snap pictures but and haven't made it yet - here are images that others have posted.